THE GUSUNDER FROM DOWN UNDER

The nulli secunda, ne plus ultra saga of the "Flying Porcelain Gusunder".
Circa 1953
It has always intrigued me how humor and the unexpected co-habit, how sometimes quite serious things can have a funny side; across the road from my Auntie and Uncles laundry and behind the Darlinghurst Police Station was a place where mentally disturbed people resided. One day a rather loud disturbance was heard emanating from the confines of this building, now the windows were secured, although not protected by a grill or heavy gauge steel mesh.
Loud voices and banging could be discerned by us boys as we stood on the corner near the laundry, followed by an even louder crash, followed by a very large painted pisspot smashing through one of the windows, followed by its disintegration on the footpath, and finally, followed by a very naked young man. He clambered from the window and dropped some three yards to the footpath, he sprinted for a passing tram just turning into Burton Street amongst loud exclamations of surprise and panic from the passengers, men yelled, ladies screamed, babies cried. He bordered the tram as people attempted to disembark and flee for safety, by this stage the tram driver has became aware of the unfolding drama and had stopped the tram, so in the front door of the tram and out the back goes the naked man defiantly on a mission. He is last seen disappearing over for hill and in the direction of ST VINCENTS HOSPITAL in his pursuit for freedom, followed by men in white coats.
We waited for his return, instead, the men in white coats returned. Some police cars from the adjoining police station took of in the general direction we never saw our new hero again. This incredible story was over in a flash, when ever I have a vision of the painted piddle pot, and I swear I can still the colored flowers adorning it’s surface, hurtling through the window, well, it brightens up my day.
Gusunder; def: Goes under the bed.
at December 31, 2007 No comments:

Email ThisBlogThis!Share to TwitterShare to FacebookShare to Pinterest
Labels: A WEE STORY.

I guess that's why my complexion is so clean and pure, the lanolin. From a tender age I become attached to baby animals in particular the little lambs, in fact they were the reason for my first protest march, only kidding you soon get used to "docking" time when the lambs loose there tails. There were many other duties I assumed responsibility for, like supplying manure to BOONOKE Homestead's gardens and orchard. At the tender age of (12) my job commenced very early morning to assist the "Jackaroo or Jillaroo", (politically correct = "Personaroo", crap!), harness up the Clydesdale to the dray, the tools of the trade consisted of a small banjo, (a #4 spade), a chaff sack cut down the seams and a rope tied to two corners.
It was then that I took full responsibility for Bessie and the wagon and I would proceed to the stud Merino's shed, this shed had a raised slated floor allowing you know what to fall through, is my job becoming clearer?, clambering under the floor with about (3) feet clearance, that’s for my American readers, you would shovel the pellets on the open chaff sack and drag the contents to the dray and load the (?) until overflowing. A slow trip of about (3) kilometers’ and I would unload my delivery for our Chinese gardener, I couldn't understand him except for the "more preese" and so me and Bessie would back track for another load, this was to be my first paid job. For this period was my school holidays and I earned the princely sum (?), sorry, however I earned enough Aussie money to pay for my first "BB" gun a .177in. Daisy, mum ordered this armament through the "MYERS Melbourne" catalogue a big production in the bush at that time.
at December 18, 2007 No comments:

Email ThisBlogThis!Share to TwitterShare to FacebookShare to Pinterest
Labels: BORN IN THE BUSH, circa 1950

OLD WALL EYE, he was big and brown, he had a huge set of teeth and he terrified us. A dog? A bull? no a bloody great shark that’s what old wall eye was. He lived near Brunswick Heads N.S.W.; He lived in deep water and was notorious amongst the trawler men and the boaties. He wrecked so many prawn nets and ‘took’ so many fish, always distinguished by his one white eye, can’t remember which was the good eye, it may have been his starboard one.
He was a legend, he was not a figment of some bodies imagination. Ask any fisherman from up here and they will relate a story of this huge BRONZE WHALER. My mate John and myself can tell you first hand of our encounter with the toothy creature from the deep.
John owned a fiberglass bondwood boat, it was distinguished by the name ‘GOTCHA’. When the Bar Mouth was flat as a ‘night carters hat’, we would down tools and head out for few hours of fishing. Mostly we fish the local reef and if conditions allowed head for the 38’s. So here we are; anchored and down goes the 70lb lines with ‘pillies’ for bait, got some bites and landed some nice Schnapper, John suggests he has caught Australia, you fisher persons will relate to hooking the bottom. The only option is to keep hauling in until the hook lets go or the line breaks. For some time John hauls away but still the weight remains on the line. We both know something big has been hooked up, sharks mostly take a run and break you off, this was to be an exception. SO, what was this dead weight, it was not long before the question was answered.
Out of the murky deep an apparition of huge proportions becomes very evident, John has hauled to the surface “The Legend”, the, “walled eyed monster”. Two blokes with normally complacent personalities are incredulous at the size of this fish, GOTCHA is 18 feet long, the monster is nearly as long, it quietly surveys us, we survey it and a stand off is happening. The rest of the narrative will be a blur; a knife is produced, the line is cut, the motor started, the anchor is retrieved and we get to buggery out of there. WE have had our encounter with ‘OLD WALL EYE’ AND SURVIVED!This chronicle is mentioned else where on the WWW, more ‘at length’ narratives? (www.johnfarls.com), described as JOHN D. FARLEY, SUPERBLOG.
at December 15, 2007 No comments:

The risk is repeating myself, I have a SUPER BLOG site, the agenda is clear, ME. (www.johnfarls.com) will interest you or bore you, the yarns and the photos are ordinary, and that my friends is the crux of the matter. How many people out there have heard of BUNDAMAR, BOONOKE, WOOLLOOMOOLOO, transpose to anywhere you have lived. You will know MOON BAY near TATHRA, TATHRA WHARF, PLUNKETT STREET PRIMARY. how many milkmen, you been an AVALON MILKMAN? Who cares? Well JOHN D. FARLEY cares, because he is just an ordinary bloke. the sometimes rich narrative will remind you of your young days. Were you always the the new pupil, check out the schools, BEGA PRIMARY, YAMBA PRIMARY, MILTON PRIMARY, BLACKFRIARS CORRESPONDANCE SCHOOL. Did you have a GALAH, sell papers around HARRY'S CAFE DE WHEELS and THE FINGER WHARF at WOOLLOOMOOLOO, did you? Your name eludes me. Were you BUSH WISE, STREET WISE, come from a battling family, yeah I remember you. Send me an email, (johnfarls@bigpond.com), share and compare.
at December 06, 2007 No comments:

Email ThisBlogThis!Share to TwitterShare to FacebookShare to Pinterest
Labels: I LOVE PEOPLE.

Booked the ticket, window seat of course. Looking forward to seeing my little family, Zack and the big boys and Belinda with the 'bimp' in her belly.
Tuggerawong here I come, must relate a story about ultrasounds. My eldest boy David and Belinda are expecting their second child any day soon, in fact it seems I may be there for the birth. When the new mum had her first 'sounding', a girl baby was a 99% certainty, the proud parents settled for Lillee Shirley Betty Farley, a sweet name. So out goes the proud mom and buys out all the stores, she comes home laden with pink stuff, (at great cost). Now the waiting game, more check ups and another ultrasound, bugger! Well not exactly, all's well except; a dangling thing has appeared and a change in disposition is needed, Zack was ecstatic, he wanted a baby brother and his wishes will be granted. (The grandfather would haved liked a little girl).
The shop keepers gladly exchanged the girly things for appendage gender gear and we now have a name change, he will known as Kye John Farley. Now there is moral to this yarn; "LILLE HAS A WILLIE, SHIRLEY AIN'T A GIRLIE, SHIRL'S NO GIRL, ISABELLA SHE NO FELLA, and finally KYE HAS A FLY
at December 04, 2007 No comments: 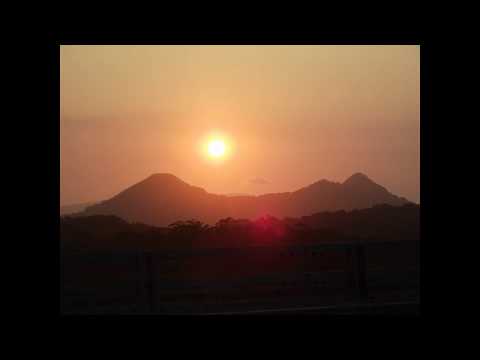 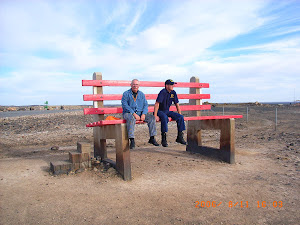